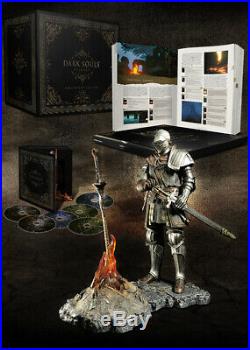 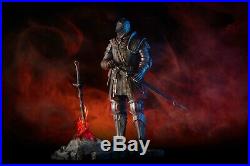 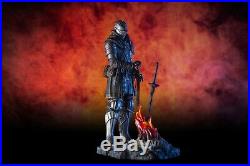 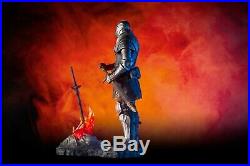 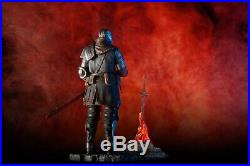 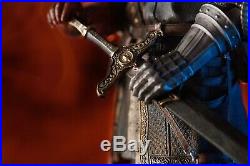 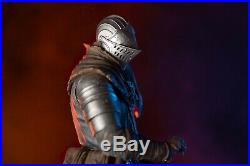 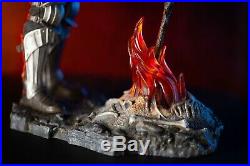 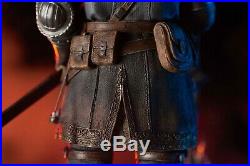 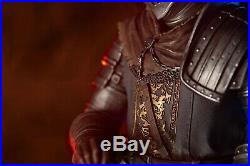 Online content may not work in the usa and only in the specific european region. For the first time ever, own all three critically-acclaimed Dark Souls games and all associated DLC content in one 3-disc collection. Enter the epic dark fantasy universe stricken by decline and the Curse.

Explore the intricate world designs and deeply rooted lore. Each play through surprises with new challenges and discoveries. Play with hundreds of unique combinations of weaponry, armor, magic, and crafting options to create your own play style and gaming experience. Includes Dark Souls Remastered, Dark Souls II: Scholar of The First Sin, Dark Souls III: The Fire Fades, all DLC content for all 3 games and all original soundtracks.

Re-experience the genre-defining game that started it all. Return to Lordran in the beautifully remastered game in high definition, 60 fps with single-player or online multiplayer with dedicated servers.

Includes the Artorias of the Abyss DLC. DARK SOULS II: SCHOLAR OF THE FIRST SIN. The second installment of the series includes the base Dark Souls II plus all three DLCs: Crown of the Sunken King, Crown of the Old Iron King, and Crown of the Ivory King.

DARK SOULS III: THE FIRE FADES. Now only embers remain Dark Souls III is the final journey in the series where players can fight through intense combat solo or team up in co-op or PvP multiplayer. Includes the award-winning game and both DLC chapters: Ashes of Ariandel and The Ringed City.

C corner with your voucher code to download the music of the Dark Souls saga composed by Motoi Sakaraba and Yuka Kitamura. 110 tracks and more than 6 hours to listen and take back any Dark Souls fan to the intense boss fights and the best moments of their deadly journeys. NOTE: BOX CONDITION MAY NOT BE IN PERFECT CONDITION AS THIS IS A EUROPEAN IMPORT. The exclusive Dark Souls Trilogy Collector's Edition contains. Includes Dark Souls Remastered, Dark Souls II: Scholar of The First Sin, Dark Souls III: The Fire Fades, all DLC content for all 3 games.

ELITE KNIGHT AT THE BONFIRE STATUE. 34x16x27.5cm numbered polyresin hand-painted knight figure with bonfire stand. This high-quality statue is casted and painted to restore the finest details of this iconic Dark Souls imagery down to the reflection of flames on the removeable Firelink Greatsword forged in real metal. The bonfire has been meticulously painted to attract the undead to burn their humanity and repel their decay.

Includes a bookmark ribbon, beautifully illustrated maps for every single area with unparalleled detail and every lore relevant item, NPC, boss and more plus - as a bonus- four art prints ready to take pride of place on your wall. Featuring 6 soundtrack CDs with music from all three games and DLCs. Subtitles: Languages : English, French, German, Spanish - castillan, Italian, Russian, Polish. Dark Souls Trilogy Collector's Edition XBOX ONE + Elite Knight Statue EU IMPORT (PRESALE). We can assure you the packages will be packed as best as possible to prevent damage, but have no control over the courier service who delivers your item to you.

See my other auctions I have for sale. The item "Dark Souls Trilogy Collector's Edition XBOX ONE + Elite Knight Statue EU IMPORT" is in sale since Monday, March 4, 2019. This item is in the category "Video Games & Consoles\Video Games". The seller is "chrisz300zx" and is located in Alhambra, California.