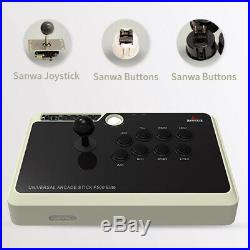 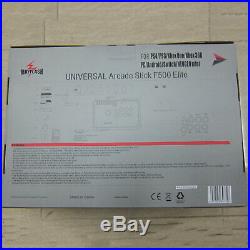 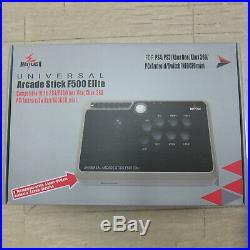 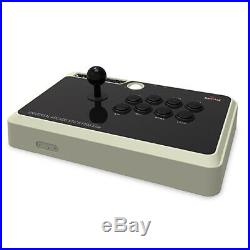 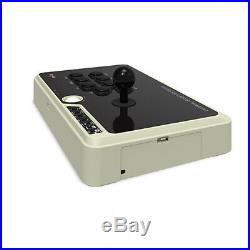 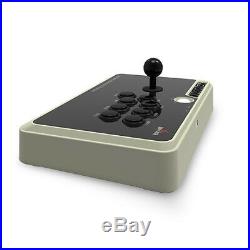 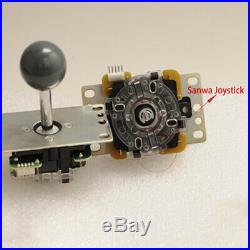 Brand New Mayflash F500 Elite For PS4/PS3/ XBOX ONE/XBOX ONE S/XBOX 360/XBOX ONE X/PC/Android/Switch/ NEOGEO mini. Operation instruction for Arcade Stick F500/F500 Elite/F300/F300 Elite used on Xbox One/Xbox One S 1 Please take the batteries out from your Xbox One controller firstly. Does not wirelessly connect your Xbox One controller with your Xbox One system before you plug your Xbox One controller to MAYFLASH Arcade Stick. 2 Switch to the middle Game ConsoleMode by using the switch located on the Arcade Stick. 3 Plug your Xbox One controller into the Arcade Stick USB slot by a standard USB Cable. 4 MAYFLASH Arcade Stick will work perfectly on Xbox One /Xbox One S now. Compatible with PlayStation 4, PlayStation 3, Xbox One, Xbox 360, PC, Android, Nintendo Switch and NEOGEO mini. By using premium quality Sanwa components 9 highly responsive buttons and a precision 4-way joystick, you can reliably strike instantly and surely, game after game, while maintaining peak performance. Supports the headsets to output the background music and online chat on PS4, Xbox One. Supports the XINPUT and DINPUT when being used on PC. Supports the Turbo functions with different speed settings. The D-Pad and X/Y Analog Axis mode can be exchanged. A sole customized wrist strap makes you feel the real vibration. The wrist strap is not included in the packaging. The wireless controller that comes with your console will become a wired controller by simply connecting a standard USB cable (with exception of Xbox 360 which requires an official wired Xbox 360 controller). For best results, it is recommended that you use genuine Xbox or PlayStation controllers and quality certified USB cables. The F500 Elite was built for modding enthusiasts, so the inside of the platform is accessible for further customization, and the joystick as well as buttons can be switched to suit your playstyle. The Fighting Stick has considerable heft and rubber feet, both of which work to hold the controller firmly in place on hard, flat surfaces. Two pieces of metal panels (metal cover and metal base) increases the fighting sticks weight for a solid, secure feel. The beautiful and strong acrylic top panel for the easy customization. Compatible with Windows XP/Vista/Windows 7/Windows 8/Windows 10. When using on XBOX 360 console, the original Mircosoft wired XBOX 360 Controller is needed to first initiate other controller on the XBOX 360 game console, wireless XBOX360 controller + play & charge kit does NOT works.

When using on XBOX One console, the original Mircosoft XBOX One Controller has to be connected by USB cable to first initiate other controller on the XBOX One game console. XBox One Elite controller does NOT works.

When using on PS4 console, the original PS4 controller has to be connected during the game play. UK, Most North American Countries, Most European Countries. The item "MAYFLASH ARCADE Fighting STICK F500 Elite PS4 PS3 XBOX One 360 NSW Switch PC Mac" is in sale since Friday, June 14, 2019.

This item is in the category "Video Games & Consoles\Video Game Accessories\Controllers & Attachments". The seller is "whatsapp2012" and is located in Dispatch from Hong Kong within 1 business day.